After installing Mondo, Run “mondoarchive” command from “root” user. Then follow steps according to screenshot that shows how to create Backup/Clone in ISO based backup media of your full system.

First you need to choose the backup media and press Enter.

Please enter the full path name to the directory for your ISO Images and press Enter.

Please enter how large you want each ISO image in MB (Megabytes) and press Enter.

Please give the name of ISO image filename and press Enter.

Please add the filesystems to backup (separated by “|“). The default filesystem is “/” means full backup.

Please exclude the filesystem that you don’t want to backup like /tmp.

Please enter your temporary directory path or select default one.

Now enter your scratch directory path or select default one.

If you would like to backup extended attributes. Just press “enter“.

It will found full path name of your Kernel.

If you want to Verify your backup, then Click “Yes“

If you want to proceed the backup then click on “Yes”

Creating a catalog of “/” filesystem.

Follow up the other setup and build your backup. You may also take a look at the log file located here:

NOTE : Your backup will be located in /var/cache/mondo/

I ran into a problem with one of my HP Server 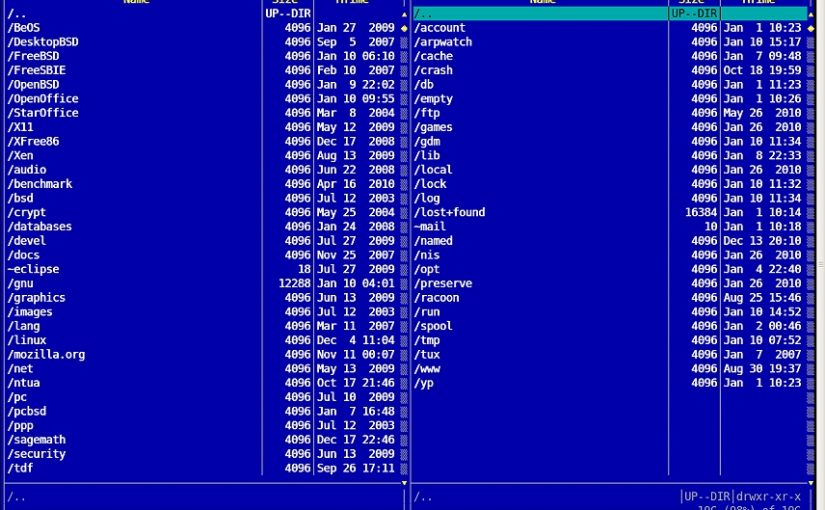 GNU Midnight Commander (also known as mc) is a free and visual file manager, licensed under GNU General Public License. It is a clone of Norton Commander. It was started by Miguel de Icaza in 1994. It’s a feature rich full-screen text mode application that allows you to copy, move and delete files and whole directory trees, search for files and run commands in the subshell. Internal viewer and editor are included.

Midnight Commander is quite powerful and boasts an extensive set of features: 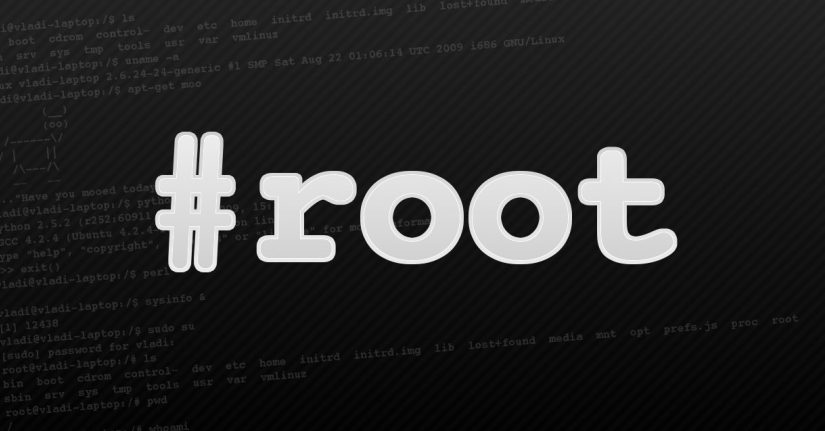 Good day! I run into a problem yesterday that allowed a new created account to navigate my entire CentOS server when connecting using sFTP protocol. Here is the step by step guide to fix this major problem in CentOS/Webmin/VirtualMIN.

NOTE: You will have to create a new UserGroup : sftpusers

In webmin, navigate to this section /Others/File Manager/ Once you are there select the new created account

You will have to do 3 more steps

NOTE : This will add your new created account to the sFTPusers group!

After this your new created account will only have permission to navigate into the directory /home/mynewwebsite/ when connecting with sFTP.

Below you will find a history of his disease, a long and difficult one for someone so young. The end of Mario’s story depends on a treatment which costs a staggering 160,000 euros, a number unattainable for him. That is, unless we help him. We have one month to do so.

Mario is a wonderful person and our close friend and colleague. His medical condition is so urgent that without treatment in the next month he will die. If you knew him as we do, you would understand why it is so important for us not to lose him.

The first diagnosis was made in 2014, and a primary lesion was removed from his hip in February of that year, as were lymph nodes in the right armpit.

His melanoma reappeared in August 2014, and a lymphadenectomy removed nodes from the right armpit and groin, which were malignant. Because his melanoma is genetic and no treatment for this disease can be performed in Serbia, he was included in the vemurafenib clinical trials.

Unfortunately, a few months into the study, Mario found that he had not been administered vemurafenib, but a placebo. He learned that he was in the control group when his doctors discovered three new metastases in his lungs.

At this point the fourth and terminal stage of the disease was diagnosed.

Despite these results, and although the lung metastases were a side effect of the primary disease, Mario’s doctors prescribed classic chemotherapy for lung carcinoma. A few weeks after unsuccessful attempts to acquire documents detailing the need for treatment abroad, treatment in Serbia was abandoned.

In February 2015, a month after the appearance of lesions in his lungs, Mario traveled to Tel Aviv to see Dr. Schachter, world renown for treating malignant melanoma. Per his recommendation, administration of the drug Zelboraf (vemurafenib) was initiated, and all metastases in the lungs withdrew. As the drug is very expensive, about 2,400 euros for a single week, he needed to find a cheaper way to procure it.

Because one of Mario’s parents is Croatian, he sought and in April 2015 obtained Croatian citizenship. Croatian citizenship meant that he could obtain Zelboraf without cost through his healthcare, except for the cost of traveling from Belgrade to Zagreb for treatments.

For the remainder of 2015 his general status on Zelboraf was very good. However, the average time for which this drug is effective is 8 months. After this period, its effect weakens and metastases reappear.

Following another consultation with doctors in Israel, he began searching for a new drug, Keytruda, which offers better results for a longer period of time.

The price of Keytruda is hundreds of thousands of euros annually, so Mario sought a donation from the corporation which manufactures the drug. In July 2015, he established contact with the pharmaceutical company MERCK, and administration of Keytruda started in December 2015. The donation was limited to EU citizens, and his Croatian citizenship enabled him to apply. His treatment continued in Zagreb, and he continued traveling from Belgrade.

However, new problems appeared. In February 2016, after a sudden EPI attack, a brain tumor was discovered. During the attack, Mario broke his 12th right rib and suffered compressive fractures of the 4th and 5th vertebra. The brain tumor was surgically removed in March 2016, and there have been no further brain complications.

Unfortunately, during pre-surgical imaging in March, metastases were found in the lungs and in the right gluteal region. By July 2016, lung metastases withdrew due to the efficacy of the therapy, but new ones appeared on the right suprarenal gland and the left lumbar region. The gluteal lesion was surgically removed after nearly doubling in size in less than a month.

After new consultations with doctors in Israel, and due to the evident progression of the disease, a decision was made to include the drug Yervoy in treatment, in four cycles of three weeks each. Mario’s healthcare does not cover this drug, and due to the urgency of administration, he was forced to buy it. Currently it is least costly in Turkey, where the required four doses cost a total of 10,620 euro. Due to the intravenous administration of the drug, he must travel every 3 weeks, incurring additional expenses.

Mario has currently received two of the required four doses, after which a control check-up will be done. His biochemistry results are very poor, and because of the metastasis on the suprarenal gland, he has heart problems. His present BP is 80/50, causing constant fatigue, which he is somehow able to endure.

Because of the lumbar region metastasis, he is currently being administered Trodon to withstand the pain. Mario must continue to travel and communicate with others, because he alone has been managing his welfare and treatments.

The latest images, dated 26 August 2016, show old lung lesions are reappearing along with new ones in the digestive tract and on his bones.

Time is of the essence. The only recourse is TIL therapy. It replaces the original lymphocytes of the patient with artificially produced lymphocytes programmed to fight against the primary melanoma and thus prevent the appearance of new metastases.

TIL therapy cannot be found in a study phase, and it is currently done in clinics in Tel Aviv and Manchester. It costs between 120,000 and 160,000 euros.

It is for this therapy that we are currently asking for your help. The following accounts were designated for this purpose:

We hope that you will be able to help us save our friend. Please spread the word!