The unhide command for RKHUNTER in CentOS 7 must be installed with the following “Yum” command:

I have detected that rkhunter need this file to be able to unhide stuff! 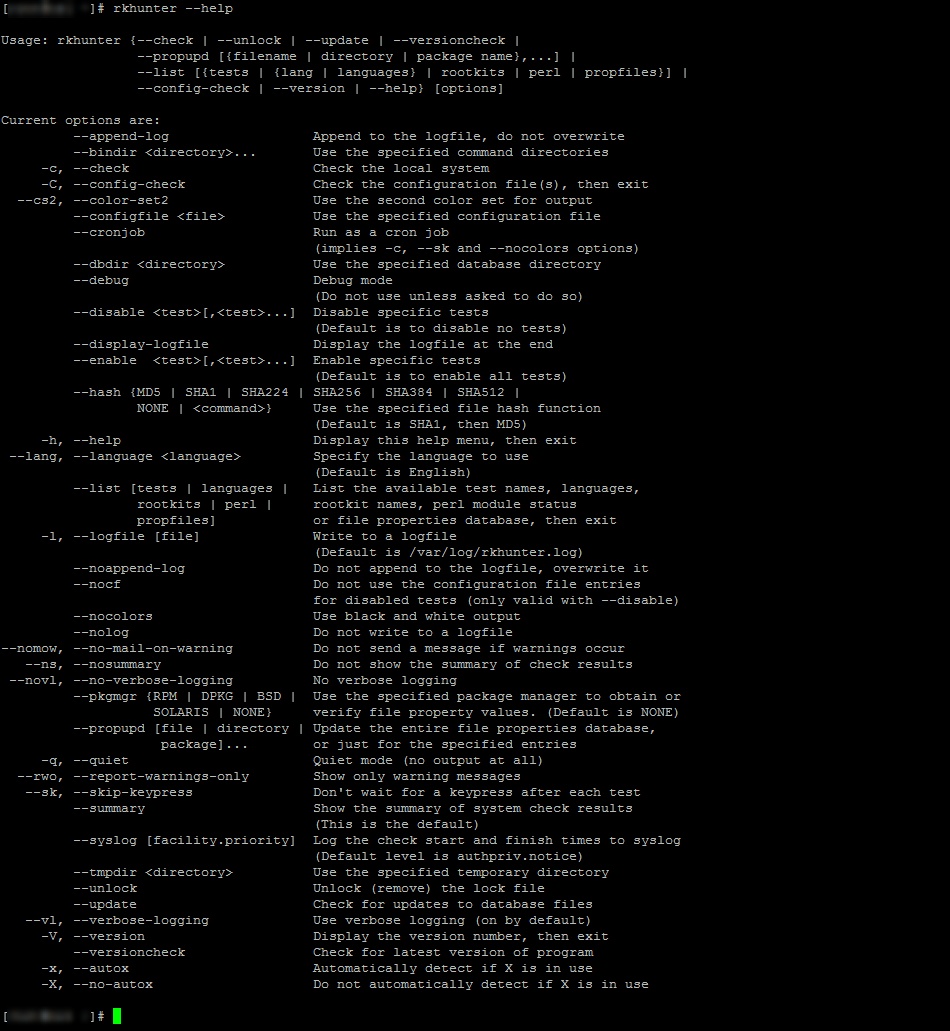 Package manager used by RPM based systems, you can pull some usefull information about installed packages and or install additional tools.

A tool to find and exploit servers vulnerable to Shellshock:

Python local web server command, handy for serving up shells and exploits on an attacking machine.

How to mount NFS / CIFS, Windows and Linux file shares.

Some techniques used to remotely enumerate users on a target system.

Some notes on compiling exploits.

Identifying if C code is for Windows or Linux

C #includes will indicate which OS should be used to build the exploit.

Often SUID C binary files are required to spawn a shell as a superuser, you can update the UID / GID and shell as required.

below are some quick copy and pate examples for various shells:

Tips / Tricks to spawn a TTY shell from a limited shell in Linux, useful for running commands like su from reverse shells.

Some basic Metasploit stuff, that I have found handy for reference.

Useful for Web Application Penetration Testing, or if you get stranded on Mars and need to communicate with NASA.

Likely just use hash-identifier for this but here are some example hashes:

Disable core dumps for all users

Add kernel.randomize_va_space = 2 to /etc/sysctl.conf if it does not already exist.

Recent processors in the x86 family support the ability to prevent code execution on a per memory page basis. Generically and on AMD processors, this ability is called No Execute (NX), while on Intel processors it is called Execute Disable (XD). This ability can help prevent exploitation of buffer overflow vulnerabilities and should be activated whenever possible. Extra steps must be taken to ensure that this protection is enabled, particularly on 32-bit x86 systems. Other processors, such as Itanium and POWER, have included such support since inception and the standard kernel for those platforms supports the feature.

Check bios and ensure XD/NX is enabled, not relevant for VM’s.

SSH can emulate the behavior of the obsolete rsh command in allowing users to enable insecure access to their accounts via .rhosts files.

To ensure this behavior is disabled, add or correct the following line in /etc/ssh/sshd_config: 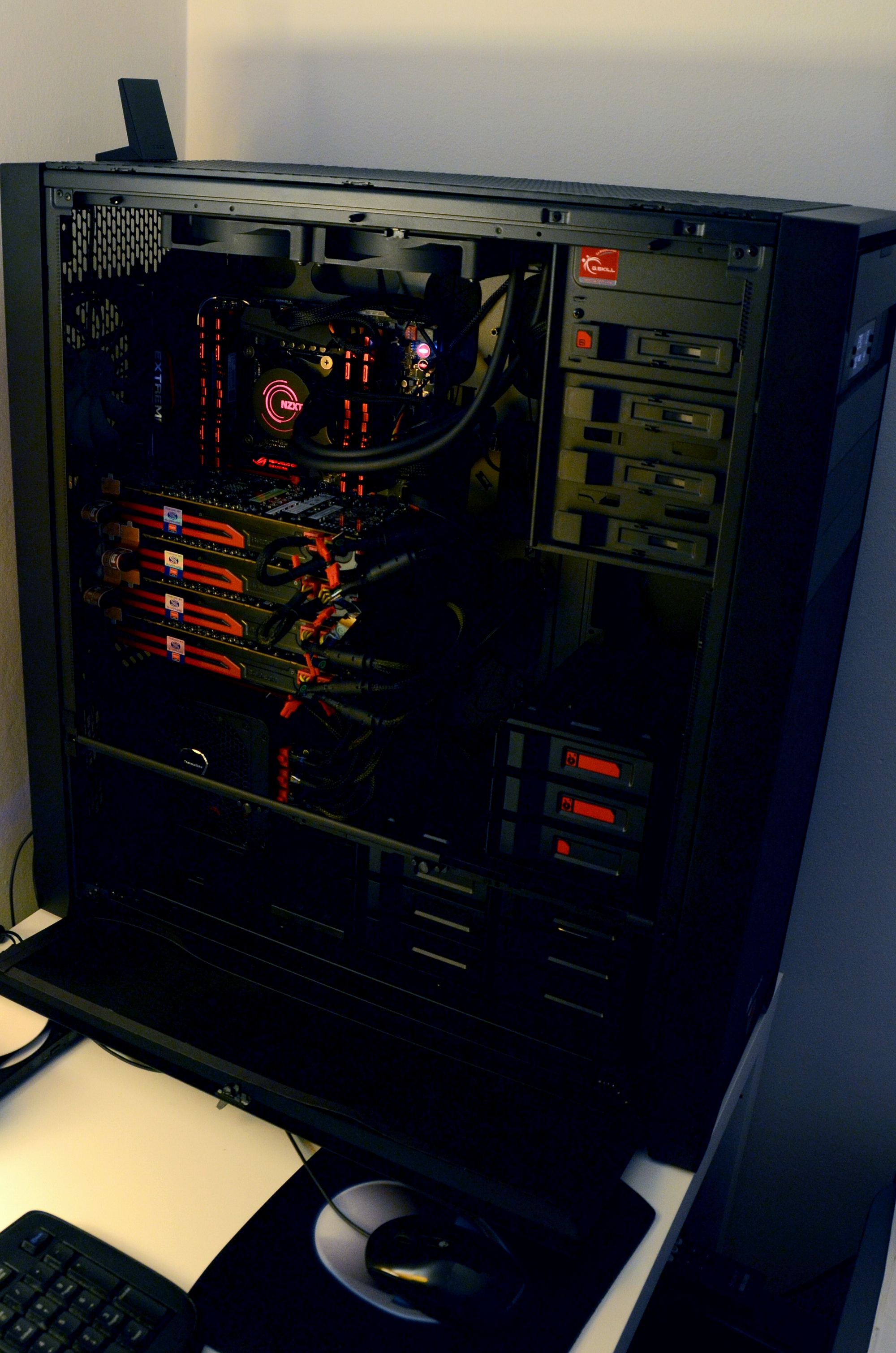 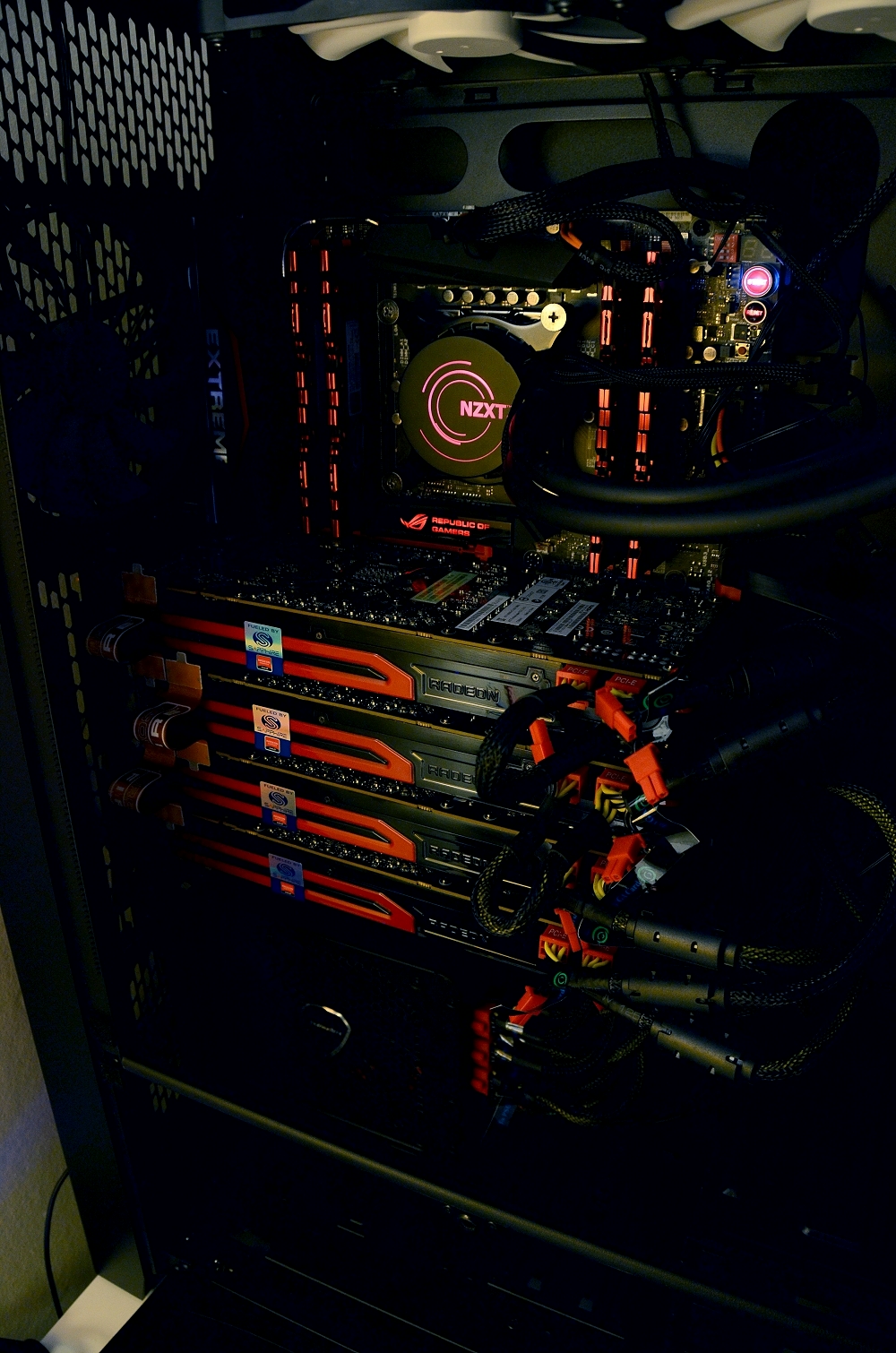 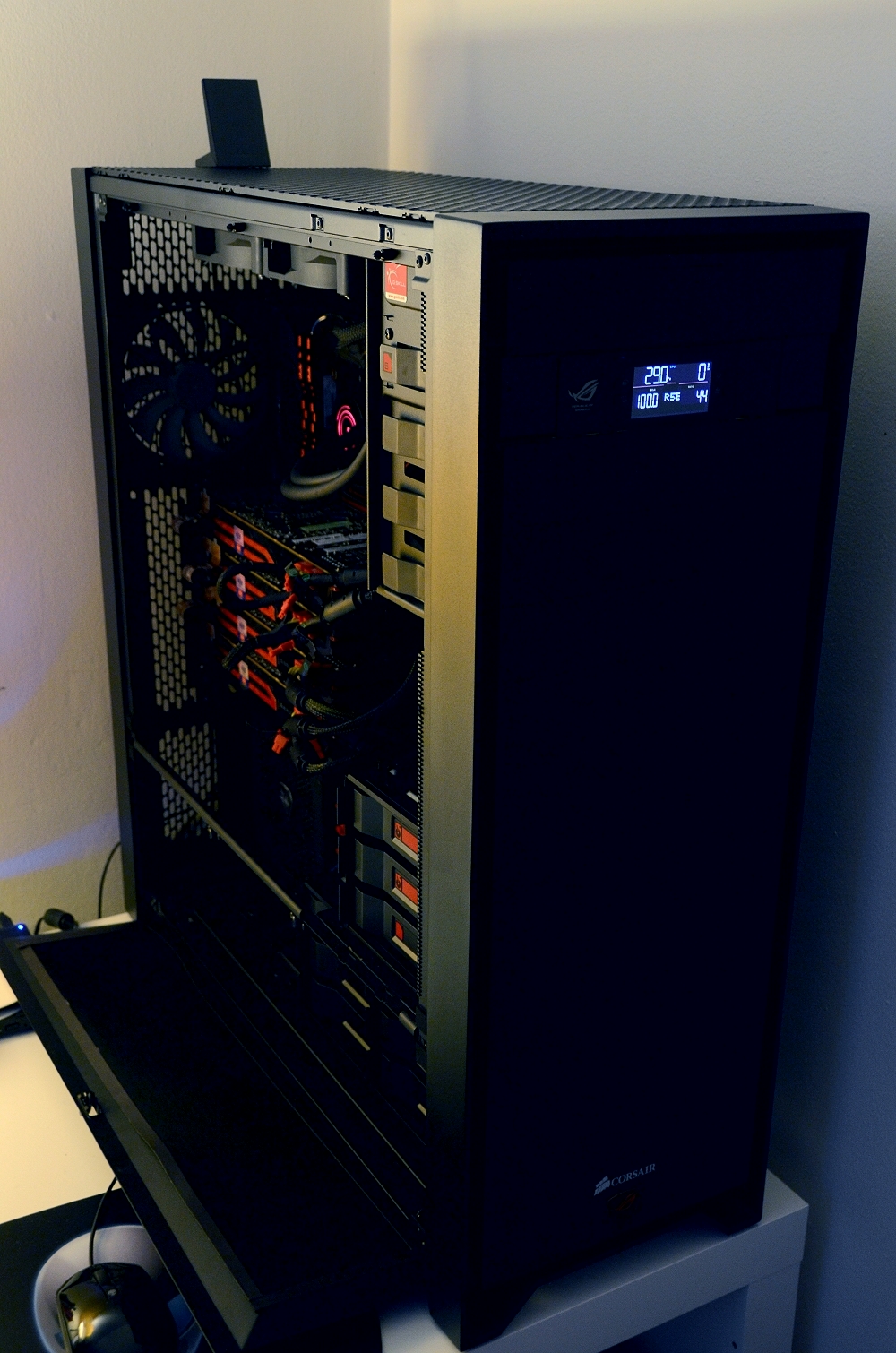 We’re making it possible for everyone to experience a secure and privacy-respecting Web. We make it easy to get certificates for HTTPS, because ease of use is critical for adoption. We provide certificates free of charge, because cost excludes people. Our certificates are available in every country in the world, because the secure Web is for everyone. We strive to be open and transparent, because these values are essential for trust. 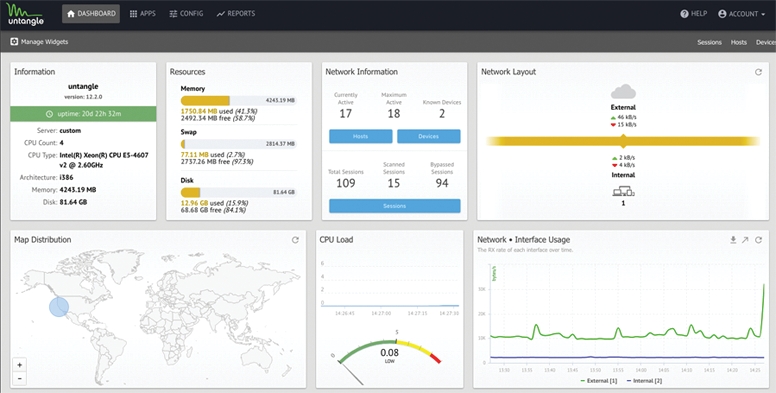 Untangle’s Firewall filters traffic based on IP address, protocol and ports and allows administrators to designate which systems and services (http, ftp, etc.) are publicly available, create a DMZ and perform NAT (with Router), and run as a transparent bridge to complement existing hardware.

Untangle is much more than a firewall. It is, in fact, a Linux distribution that includes a host of software written by other developers. Software includes a Web Filter, Spam Blocker, Spyware Blocker, Virus Blocker, Phish Blocker, Instrusion Prevention, Attack Blocker, OpenVPN, Router, Untangle Reports, and Untangle Platform. 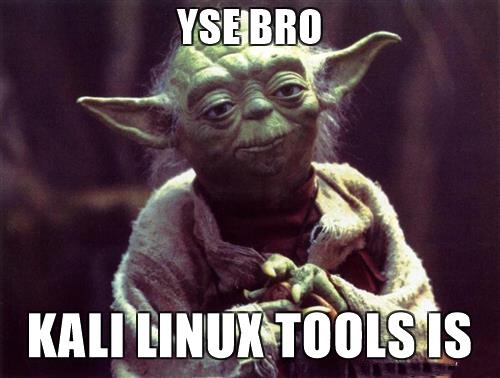 To build Bro from source following addition dependancies are required

Let us install all of above dependancies first

Following are the optional dependancies, bro can make use of them if they are availble at build time

During the process of creating policy scripts the need may arise to find the geographic location for an IP address. Bro has support for the GeoIP library at the policy script level beginning with release 1.3 to account for this need. To use this functionality, you need to first install the libGeoIP software, and then install the GeoLite city database before building Bro.

A country database for GeoIPLite is included when you do the C API install, but for Bro, we are using the city database which includes cities and regions in addition to countries.

move data base to required diretory

Gperftools is a collection of a high-performance multi-threaded malloc() implementation, plus some pretty nifty performance analysis tools

The ipsumdump program reads IP packets from one or more data sources, then summarizes those packets into a line-based ASCII file. The resulting summary dump is easy to process with text-based tools

The installation will take a while!

by default bro will be install to /usr/local/bro/bin

Modifiy you PATH environment variable to include bro binaries

To make changes permanent add above line to ~/.bashrc file

These are the basic configuration changes to make for a minimal BroControl installation that will manage a single Bro instance on the localhost:

Since this is the first-time use of the shell, perform an initial installation of the BroControl configuration:

Then start up a Bro instance:

If there are errors while trying to start the Bro instance, you can can view the details with the diag command. If started successfully, the Bro instance will begin analyzing traffic according to a default policy and output the results in $PREFIX/logs.

The user starting BroControl needs permission to capture network traffic. If you are not root, you may need to grant further privileges to the account you’re using; see the FAQ. Also, if it looks like Bro is not seeing any traffic, check out the FAQ entry on checksum offloading.

You can leave it running for now, but to stop this Bro instance you would do:

By default, logs are written out in human-readable (ASCII) format and data is organized into columns (tab-delimited). Logs that are part of the current rotation interval are accumulated in $PREFIX/logs/current/ (if Bro is not running, the directory will be empty). For example, the http.log contains the results of Bro HTTP protocol analysis. Here are the first few columns of http.log:

Logs that deal with analysis of a network protocol will often start like this: a timestamp, a unique connection identifier (UID), and a connection 4-tuple (originator host/port and responder host/port). The UID can be used to identify all logged activity (possibly across multiple log files) associated with a given connection 4-tuple over its lifetime.

The remaining columns of protocol-specific logs then detail the protocol-dependent activity that’s occurring. E.g. http.log‘s next few columns (shortened for brevity) show a request to the root of Bro website:

Some logs are worth explicit mention:

conn.log
Contains an entry for every connection seen on the wire, with basic properties such as time and duration, originator and responder IP addresses, services and ports, payload size, and much more. This log provides a comprehensive record of the network’s activity.
notice.log
Identifies specific activity that Bro recognizes as potentially interesting, odd, or bad. In Bro-speak, such activity is called a “notice”.

By default, BroControl regularly takes all the logs from $PREFIX/logs/current and archives/compresses them to a directory named by date, e.g. $PREFIX/logs/2011-10-06. The frequency at which this is done can be configured via the LogRotationInterval option in $PREFIX/etc/broctl.cfg

Bro as a Command-Line Utility

If you prefer not to use BroControl (e.g. don’t need its automation and management features), here’s how to directly control Bro for your analysis activities from the command line for both live traffic and offline working from traces.

Analyzing live traffic from an interface is simple:

en0 can be replaced by the interface of your choice and for the list of scripts, you can just use “all” for now to perform all the default analysis that’s available.

Bro will output log files into the working directory.

The FAQ entries about capturing as an unprivileged user and checksum offloading are particularly relevant at this point.

To use the site-specific local.bro script, just add it to the command-line:

This will cause Bro to print a warning about lacking the Site::local_nets variable being configured. You can supply this information at the command line like this (supply your “local” subnets in place of the example subnets):

Capturing packets from an interface and writing them to a file can be done like this:

Where en0 can be replaced by the correct interface for your system as shown by e.g. ifconfig. (The -s 0 argument tells it to capture whole packets; in cases where it’s not supported use -s 65535 instead).

After a while of capturing traffic, kill the tcpdump (with ctrl-c), and tell Bro to perform all the default analysis on the capture which primarily includes :

Bro will output log files into the working directory.

If you are interested in more detection, you can again load the local script that we include as a suggested configuration:

Telling Bro Which Scripts to Load

Where the last arguments are the specific policy scripts that this Bro instance will load. These arguments don’t have to include the .bro file extension, and if the corresponding script resides under the default installation path, $PREFIX/share/bro, then it requires no path qualification. Further, a directory of scripts can be specified as an argument to be loaded as a “package” if it contains a __load__.bro script that defines the scripts that are part of the package.

This example does all of the base analysis (primarily protocol logging) and adds SSL certificate validation.

You might notice that a script you load from the command line uses the @load directive in the Bro language to declare dependence on other scripts. This directive is similar to the #include of C/C++, except the semantics are, “load this script if it hasn’t already been loaded.”

If one wants Bro to be able to load scripts that live outside the default directories in Bro’s installation root, the BROPATH environment variable will need to be extended to include all the directories that need to be searched for scripts. See the default search path by doing bro --help.

For developers that wish to run Bro directly from the build/ directory (i.e., without performing make install), they will have to first adjust BROPATH to look for scripts and additional files inside the build directory. Sourcing either build/bro-path-dev.sh or build/bro-path-dev.csh as appropriate for the current shell accomplishes this and also augments your PATH so you can use the Bro binary directly: